‘There’s something comforting about the sight of strangers safe at home.’ – Paula Hawkins 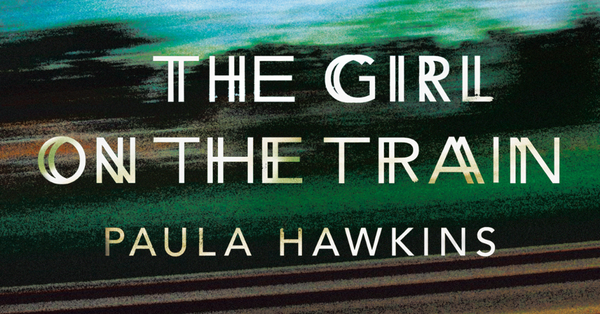 Unfortunately, I no longer have the opportunity to take public transport but I’m sure that if I was still living in London I’d have seen numerous copies of ‘The Girl On The Train’ on my morning commute. This books has been everywhere this year.

TGOTT tells the story of Rachel, the titular “girl on the train”- an alcoholic divorcée, who’s having trouble moving on from her failed marriage, Anna- the woman who is now married to Rachel’s ex-husband, and Megan- whose disappearance is the catalyst for the events described in the novel.

On her daily commute to London, Rachel develops an attachment to a young couple she observes through a kitchen window. Her train stops at the same signal each day and she grows fond of the young, loving couple she’s named “Jess” and “Jason”. They are a symbol of the life she had before her divorce and she grows ever more attached to them until one day she sees something that truly shocks her.

When Megan Hipwell (“Jess’s” real name) goes missing, Rachel finds herself in the middle of the investigation. Did she run away or was she murdered? Was her perfect life all it seemed to be?

It’s difficult to get into the plot without risking spoilers but this was an enjoyable and quick read. It’s a thriller that leaves you guessing till  well into the novel (or maybe I’m just slow) and Paula Hawkins does a good job of giving us plenty of insight into all the primary characters. However, all of the people in the book are generally terrible people. I don’t have a problem with unsympathetic characters but my gosh were these people awful. Rachel is the most unreliable of narrators and all of the characters are sufficiently bad enough for you to believe them capable of myriad horrible crimes.

I did like how Hawkins was able to describe the mindset of an alcoholic and I found myself rooting for Rachel despite neither trusting her nor feeling sorry for her.You find yourself trying to piece together the mystery whilst not even trusting the person presenting to you the evidence.

“I have lost control over everything, even the places in my head.”

Although I found the beginning a little slow-going, this is a tightly plotted novel that was a lot of fun to read. It’s thematically most similar to S.J. Watson’s ‘Before I Go To Sleep’ and I think it’ll appeal to fans of mystery with a sprinkling of psychological thriller. The ending felt a little flat for me but it didn’t really ruin my general enjoyment of the novel. I definitely recommend this for those of you looking for an engrossing, quick read this Summer.

“Life is not a paragraph, and death is no parenthesis.”

4 thoughts on “The Girl On The Train: A Review”